History of the School

In 1979, Sr. Mary Norbert Long, Diocesan Superintendent of Catholic Schools, wrote a proposal expressing the need to develop a Catholic high school on the east side of Tucson. Numerous efforts during the 80’s and 90’s began and failed to establish such a school, despite the obvious need.

Finally, in October 2001, Bishop Manuel Moreno appointed a board of directors to establish and open St. Augustine Catholic High School at Regina Cleri. The former seminary site boasts over 44 acres of pristine desert, with a lush, grassy courtyard are an inviting setting for the beautiful Mediterranean architecture of the campus buildings.

In November 2002, Sr. Lauren Moss EdD was hired as the founding Principal. A Franciscan sister with a double Doctorate in education and counseling and 45 years of experience in working with children from pre-school through post-doctorate study, she was the perfect choice to run the school. 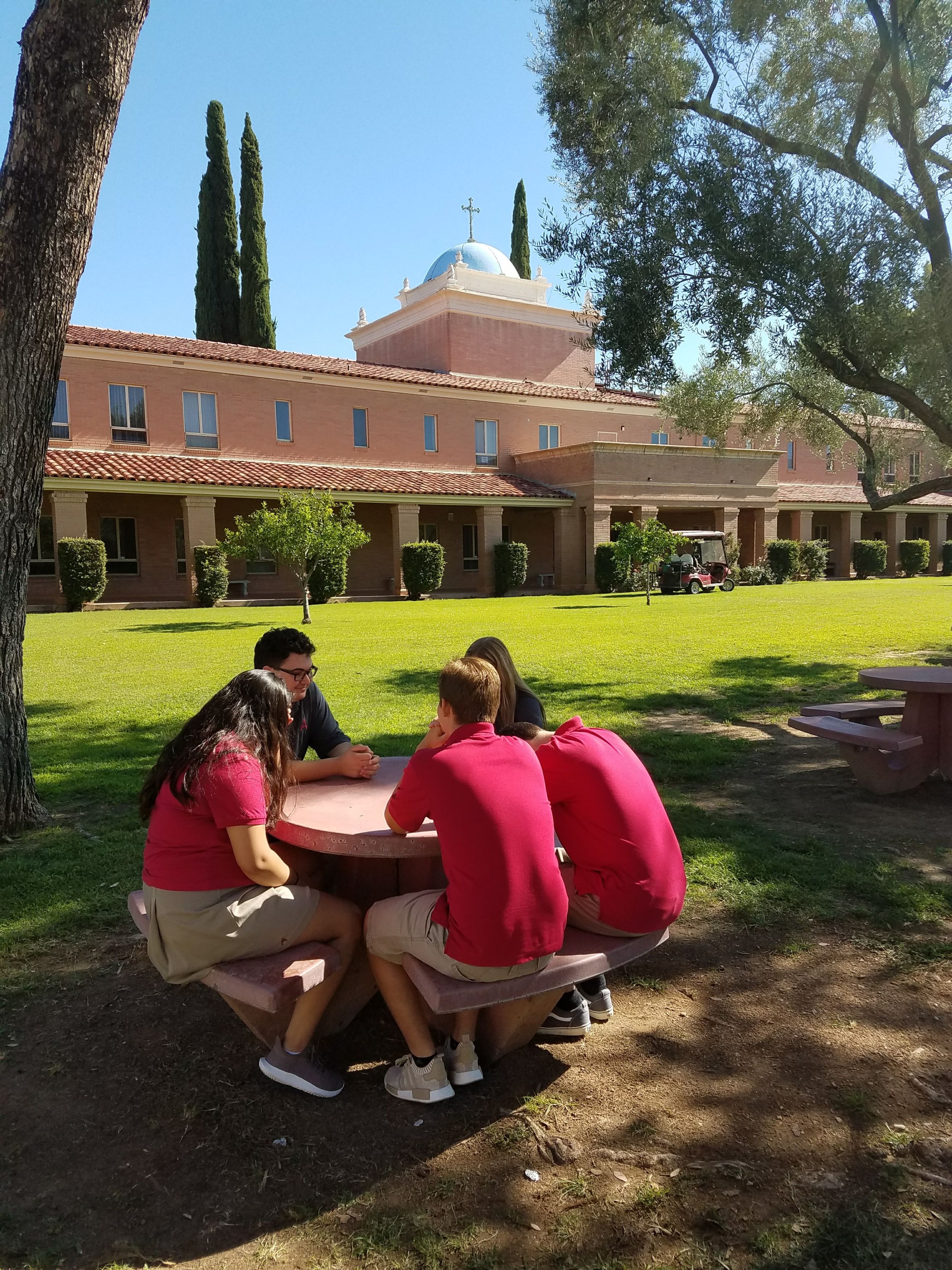